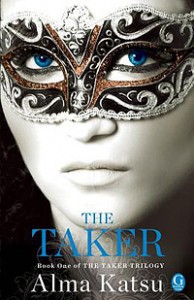 ABOUT THE BOOK (description from Amazon)

True love can last an eternity . . . but immortality comes at a price.

On the midnight shift at a hospital in rural St. Andrew, Maine, Dr. Luke Findley is expecting a quiet evening. Until a mysterious woman arrives in his ER, escorted by police—Lanore McIlvrae is a murder suspect—and Luke is inexplicably drawn to her. As Lanny tells him her story, an impassioned account of love and betrayal that transcends time and mortality, she changes his life forever. . . . At the turn of the nineteenth century, when St. Andrew was a Puritan settlement, Lanny was consumed as a child by her love for the son of the town’s founder, and she will do anything to be with him forever. But the price she pays is steep—an immortal bond that chains her to a terrible fate for eternity.

Alma Katsu lives outside of Washington, DC with her husband, musician Bruce Katsu. Her debut, The Taker, a Gothic novel of suspense, has been compared to the early work of Anne Rice and Elizabeth Kostova’s The Historian. The novel was named a Top Ten Debut Novel of 2011 by the American Library Association and has developed an international following. The Reckoning, the second book in the trilogy, is coming out in June 2012. The Taker Trilogy is published by Gallery Books/Simon and Schuster.

Ms. Katsu is a graduate of the Master’s writing program at the Johns Hopkins University and received her bachelor’s degree from Brandeis University, where she studied with John Irving. She also attended the Squaw Valley Community of Writers.

Prior to publication of her first novel, Ms. Katsu had a long career as a senior intelligence analyst for several US agencies.

MY THOUGHTS
This book has a beautiful cover! Had I happened to walk by it at the bookstore, I would definitely have stopped, picked it up and seen what it was about. That is kind of how books call me to them.

Luckily, this book was nice enough to come right to my doorstep, courtesy of the publisher, Simon Schuster who sent me a copy for review on the occasion of its paperback release.

This is book one in a trilogy. While I liked reading this book enough, I don’t find myself itching to read the next volume like I have with other serials. But given the chance, I probably would still read through the next books.

The premise is interesting enough and I always find characters who live through different eras fascinating. I suppose that is why I am drawn to time travel and vampire books. We should all have the chance to live longer. It kind of sucks that the normal human cycle dies off just when the living gets good and we are finally learning who we are and how to live with ourselves. Well, some people anyway.

To live through various stages in history would be like living in story books; which is something that is only lightly touched upon in The Taker. One of the main reason I would read the following volumes would be simply to find out how Lanny’s 200 years were spent and where. I want to watch her evolve from living so long. That would be interesting.

So why am I not more excited about this?
I certainly liked the story line well enough. I enjoyed reading about life in colonial Maine. I liked reading about Lanore’s development from a naive country girl with curious leanings to the 200 something woman of the present who is more self possessed. Well…except when it comes to her true love then she is just back to the same old doe eyed Lanore following Jonathan around like a love sick puppy.

I feel for Lanny though, for loving someone who could not love her back no matter what she does or how hard she tries. That has to be the saddest state in the world to be in.

I think the novel may have taken a more interesting turn if she had loved Adair instead. It would be a darker, more perverse story, but definitely would have been more interesting.

As for Luke, I’m not sure yet what to think of him. Just based on this first book though, it seems that Lanny has again found a weak spined man to hook up with much like Jonathan was. He has promise though, and I’d be curious at what he does in the following volumes. In this book, he was just a vehicle to tell the story.

DISCLOSURE: I received a copy of this book from Simon & Schuster to review. No other compensation was received and opinions regarding this book are all mine.

One thought on “Book Review: The Taker by Alma Katsu”